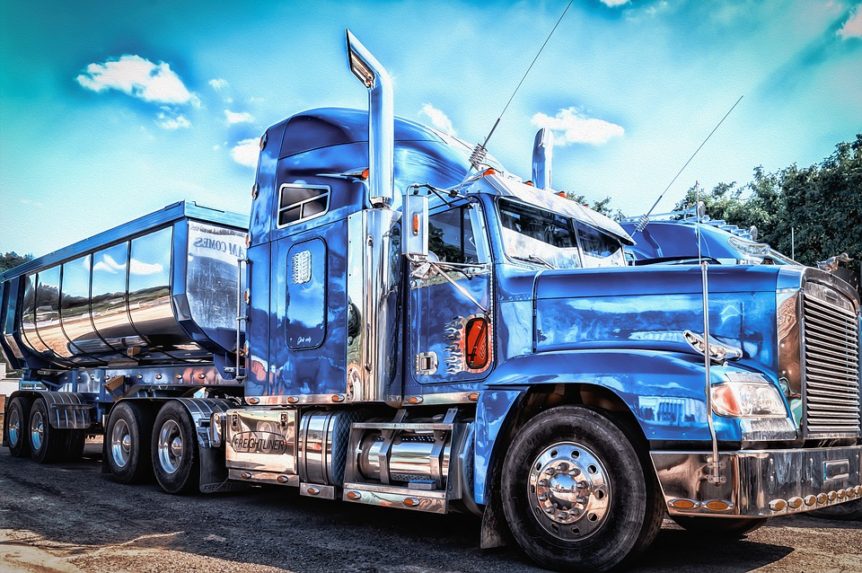 “If you believe the [automation] narrative that’s out there today, it is especially counterintuitive,” Woodrow says, “because the more self-driving trucks you have and the higher utilization they have, the more jobs it creates.”

This is not the story that’s prevailed in the last couple of years. Goldman Sachs, for example, predicted trucker job losses of 25,000 per month as self-driving trucks roll out. McKinsey Global Institute put out a report with the possibility of 1.5 million jobs lost in trucking over the next 10 years. The International Transport Forum proposed that 2 million American and European truckers could be directly displaced by 2030.

Truckers, in fact, have become the go-to example for people who should be worried about robots taking their jobs. The technology for highway driving is very close to deployment, and therefore, these reports have assumed, the humans in the trucks will not be necessary soon.

But people within the trucking industry have always been far more skeptical about the potential for job displacement. They have argued that truckers don’t just drive on highways. These jobs, in fact, require a wide variety of skills and the ability to operate in a host of unusual physical and social environments.

“There are so many things a driver does,” says Joe Rajkovacz, the director of governmental affairs and communications at the Western States Trucking Association. “I just don’t believe that you’re ever going to see, at least in the world that’s imagined right now, this fully autonomous truck without anyone in it.” For example, he pointed out that if a self-driving truck breaks down a hundred miles from nowhere, a company would have to send a tow truck out into the vast spaces of the American West, whereas an onboard driver or operator could make a variety of basic fixes and continue the trip.

Uber’s Woodrow agrees that drivers do an astonishing variety of things beyond driving. In his first days on the job, after arriving at Uber from Alphabet’s X research wing, he took a ride from Stockton to a cannery with a load of tomatoes, taking notes along the way about what the drivers he encountered were doing. “The drivers are getting in and out of the truck. They are moving axles. They are checking brakes, checking air hoses. They are talking to people. Building a self-driving truck is not just about finding a way to have the truck drive in a straight line on a highway,” he says. “There is so much to be done there before you get anywhere near being able to do the things that truck drivers are doing in an industrial facility or even on surface streets.”
Over time, Rajkovacz has become a believer that the technology could make truckers’ lives better, not necessarily by changing where they drive, but how. “In a perfect world, I could hop in the bunk in Salt Lake City, optimize my speed settings for fuel economy, literally set it at 55, and say, ‘I’m taking my siesta,’ wake back up, and take over in Reno,” he says. “I get that people think I’m smoking bird shit, but that’s what we are ultimately talking about with this technology.”

Making truckers’ lives better seems like it should be the major focus for trucking companies. The industry regularly promotes that there is a huge shortage of truck drivers. They don’t tend to mention that’s because the jobs are so hard—physically, emotionally, and economically—that the industry is approaching 100 percent turnover per year, according to Steve Viscelli, a sociologist at the University of Pennsylvania and author of The Big Rig: Trucking and the Decline of the American Dream. “The labor case for self-driving trucks is really pretty good,” Viscelli says. “You got this crappy job that no one really wants to do long-term.”

People can be away from their families for 200 days a year. Most young people are not willing to make that trade-off. So, right now, and in the foreseeable future as the trucking workforce continues to age, there are likely to be too few drivers, not too many.

This might change in Uber’s scenarios with self driving trucks. The deployment of transfer hubs—or what Viscelli has more evocatively called “truck ports”—would mean that most working truckers stay fairly close to home. This would mean a major shift in the geographic structure of the work. Right now, truckers can live in far-flung places where their wages go further. In a world filled with truck ports, the rising number of local trucking jobs would be more geographically concentrated around centers of production and consumption. Northern California, yes. Northern Idaho, no. Some of these long-haul truckers would find their wages dropping or lose their livelihoods as self-driving trucks drove down the cost of highway freight shipping.

That said, for most people, the truck port could be an improvement on the current situation with self driving trucks.

“The truck port idea is great for a lot of reasons: Congestion, fuel economy, which brings in greens and transportation planners, even your average commuter is going to be thrilled to have 10,000 trucks out of L.A.’s 4 o’clock congestion,” says Viscelli. “The big question is what those local jobs at the truck ports are going to look like.”

Right now, there is already a model of short-haul trucking in and out of (shipping) ports; it’s called drayage. And those jobs, from everything I’ve ever heard, are considered the worst in the business. “Local, for-hire driving has traditionally been lower paid and has some of the worst labor abuses,” Viscelli said. “And the quintessential example of this is port driving.” can you imagine a port for self driving trucks.

Drayage truckers are paid on a per-load basis and end up bearing the brunt of any congestion at the port or on highways. The workforce in many coastal ports is primarily made up of immigrants without a lot of other options. They scrape by in small companies or as so-called owner-operators making very little money and working 18-hour days. Now what happens when it becomes self driving truck?

“What Uber is doing could end up creating good local jobs, but for that to happen, we have to have a robust enough policy framework to ensure that workers aren’t mistreated,” Viscelli said. “If you have labor that is poorly paid and treated, it’ll be used inefficiently.”

Doug Bloch, the political director of the Teamsters Joint Council 7, which represents 100,000 teamsters in the West, had an even darker vision for how the truck-port model could play out.

“They are going to be creating more of a vicious circle. You’ll have independent contract drivers hauling stuff between the hubs and they’re just going to be more crappy jobs,” Bloch said. “And what will end up happening is this further erosion in job quality and this erosion is going to exacerbate the problem of the truck-driver shortage and it could potentially undercut employers like UPS, who have employees who make good wages and good benefits.”

In an industry where workers are already dis empowered by a nasty labor model that has held down wages and kept many truckers from receiving benefits. The introduction of new technology is not going to go well for workers, no matter how much well-intentions Uber might have.

Even Bloch, though, thought the general vision embedded in the Uber study of an increase in transfer hubs was likely. “There are definitely going to be jobs created by the changes in the supply chain,” Bloch said, though he hastened to add, “But I’m not sure I agree that we’re going to have a net job increase.”

The impact that self-driving trucks would have on trucking jobs seemed obvious to people typing up reports on computers about the industry: Of course, self-driving trucks would mean less truckers. But what’s clear from the trucking-industry experts is that there is a lot about the job and the industry that has not been adequately captured in the studies that predict a job apocalypse. Or as the Western States Trucking Association’s Rajkovacz, who drove a truck for nearly 30 years, says, “I got more time sitting on the shitter in a truck stop than these people have spent driving trucks.”

In particular, the question has been approached as a technology issue for self driving trucks, rather than a social or political one. “This model makes sense only if you fundamentally refactor the way we do wages in trucking,” says Karen Levy, a Cornell University sociologist who studies trucking and technology. “And Uber can’t do that itself.”But Uber is a much more powerful entity than a bunch of disconnected, basically freelance truck drivers thanks to the Sherman Antitrust Act. Uber might be able to push for changes in how truckers get paid, especially for waiting time at the end points for pickups and drop-off.“It sucks that maybe this company is the one we have to rely on to make these broad changes. But I’m kind of putting my eggs in this basket,” Levy says. “The government can’t and won’t. The truckers don’t have the political power. It comes at a convenient time for Uber, because they need to do some good stuff.”In the end, every expert I talked to for this story, from the teamsters to academia, believes that the broad strokes of Uber’s analysis have some merit.Also, it represents a potential positive path for autonomous trucking to play in the labor market.